A Look at What's Coming Up

Looking for inspiration? Need some ideas for where to go in the next few months? Always on hand to give that little bit more guidance, we have gathered a few nuggets of wisdom together...

Whale sharks, manta rays and more in the Indian Ocean 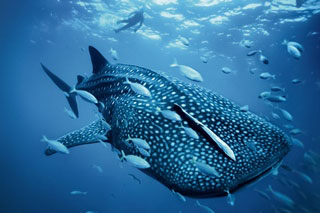 High season is getting underway in our Indian Ocean destinations, so now is the time to act if you want a scuba diving adventure in Thailand, Burma or the Maldives. Between now and April is generally considered the best time for these excellent scuba regions. Whale sharks, manta rays and myriad colourful reef fish are present in their biggest numbers at this time.

Liveaboards to the heart of The Coral Triangle

Staying in South East Asia, many Indonesian liveaboards visit Raja Ampat during the months of October until the end of April, making it Raja Ampat’s high season. During this time plankton blooms may reduce visibility a little but this brings greater numbers of manta rays to the area.

When the Great Barrier Reef is at its greatest

Further south to Australia, August to early December yields the best Great Barrier Reef diving conditions. Rain is less likely at this time and water temperatures will be hovering in the balmy high 20°Cs. If you are taking 1 of the finer liveaboards around the best dive sites, it may be worth noting that Osprey Reef's seas tend to be calmest between September and February. November is the best month for coral spawning events.

Treat yourself to the big stuff - at Socorro

If the Americas are more your thing then you should know that November to May reflects the Socorro liveaboard safari season. The winter months of late January to early April are the best times to see humpback whales. November to early January is a better time for manta rays and sharks.

Planning ahead to discover the Americas

Just a reminder that there are some destinations where you really should plan in advance. In places like Mexico, as well as Cocos and Galapagos, there is a limited number of liveaboards and lots of demand. So the cabins can fill up well in advance. You should be looking at least 6 months ahead if you want to avoid the disappointment on missing out on these dream destinations.


There is always plenty going on in the underwater world. If you want some help deciding, let us know and we'll make it happen for you.

... Yes it was easy. Good to have one person dealing with each booking in its entirety. The best part of the service was the prompt response to queries by email ... -- Amanda Rhynehart, Ireland.  [More customer reviews]