The Philippines is an island nation located along the eastern boundary of South East Asia and the western region of the Pacific Ocean. It boasts a tropical climate, some stunning coastal scenery such as in Palawan, some picture-postcard beaches, such as in Mindanao, Boracay and Bohol, and plenty of sleepy islands to explore. Tourism normally accounts for 12.5% of its GDP, with the main drawcards being its natural attractions and price competitiveness. International tourist arrivals reached over 8 million in 2018, mostly from the big east Asian countries, the USA and Australia. 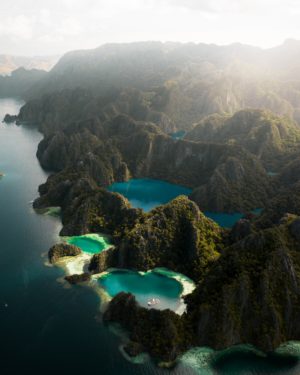 The tourism industry hit the wall on 30 January 2020 when the first COVID-19 case was recorded. On 1 February, the Philippines became the first country outside of China to record a COVID death. From March, local and national government began imposing quarantines through the different provinces, but the early efforts were hampered by a lack of testing ability. Bans were put on travel, first to mainland China and South Korea, but soon almost all international arrivals were banned. In May, Typhoon Vongfong hit Samar and tens of thousands of people were forced in to facing homelessness and the virus. Meanwhile, in the rest of the country, stricter lockdowns were being applied in the hope of slowing down the spread of the virus that had by now reached all 17 provinces. In June, the government tried to ease lockdowns and cases continued to climb as the country became the top case reported country in SE Asia, with daily cases averaging 2,000-3,000. Schools were closed in March 2020, and only re-opened in November 2021 – a loss of 20 months for schoolchildren. 2021 saw a shift in transmission from the densely populated Metro Manila area, to the provinces, especially Mindanao.

The people endured one of the world’s longest lockdowns and police-enforced quarantine restrictions to quell the pandemic. Yet despite all the strict lockdowns, big waves were recorded in April and September 2021, and a huge one in January 2022, when cases hit over 37,000 in one day. Reported cases to date total almost 3,700,000. Deaths have been quite constant since April 2021, peaking at 400 per day and totaling 59,000 – the 21st highest in the world, the second highest in SE Asia behind Indonesia, and ranked 126 highest fatality rate in the world. However, the reality is much worse whichever way you look at it. Excess deaths show the true number of fatalities to be 168,000 – 200% higher than the official stat, showing the lies and failure of the government. The country reported a 9.5% contraction of GDP in 2020 – the worst statistic since World War 2. More than a million Filipinos lost their jobs in the first year of the pandemic alone. So one must sincerely ask, was it all worth it?

The vaccine roll out began in April 2021, and so far 65,000,000 (60% of the population) have been “fully vaccinated”. So the government finally accepted the opportunity granted by falling Omicron cases to lift the ban on tourism. Since 10 February 2022, fully vaccinated international travelers who present a negative RT-PCR test are once again welcome, without the need for quarantine. For more information on the latest rules, visit the Philippines Department of Tourism

The country is comprised of over 7,500 islands within the Coral Triangle, making it ideal for marine biodiversity and scuba diving adventures. The Philippines dive destinations are best known for their amazing macro life, but it’s better locations, such as Tubbataha National Park and Visayas have plenty of big stuff too, including whale sharks, hammerheads, threshers and manta rays. The diving industry has wasted no time in restarting its liveaboard cruises for the Tubbataha season from March 2022. There are currently plenty of special offers ready to entice adventurous scuba divers that can’t wait to discover the Sulu Sea once again.