Warning: number_format() expects parameter 1 to be float, string given in /home/somokid/public_html/blog/wp-includes/functions.php on line 425

We live busy lives, often in urban settings, so when the time comes for a vacation, many of us know that the best thing to do is to turn to nature. Nothing blows the cobwebs away more than a trek in the mountains or communing with creatures in the deep forest. Whether peering into a volcano, riding horseback along a trail, or spotting wildlife on a river cruise, something deep within us needs to feel connected to the natural world. All regions of the world present opportunities for enjoying nature.

In cooler temperate climates you may seek out snow-capped mountains such as the Alps, while equatorial regions offer the dense jungles of Asia or the vast plains of Africa. Anywhere animals live free offers us the chance to witness their majesty and understand better our place in the natural order. We can give ourselves privileged memories of seeing lions, elephants and gorillas on safari, or witness orangutans, monkeys and birds in the trees of the rainforest. The oceans and coastlines of the world offer opportunities for encounters with whales, dolphins, penguins, seals and more. Nature is always good for the soul. 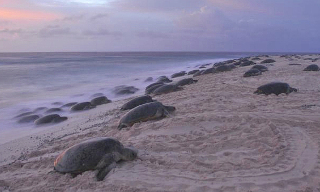 A little known island plays a very important role in the survival of green sea turtles. Sir David Attenborough: “A marine paradise that plays host to one of the most spectacular ocean migrations on the planet. This is Raine Island…” Raine Island (situated on the outer...

END_OF_DOCUMENT_TOKEN_TO_BE_REPLACED 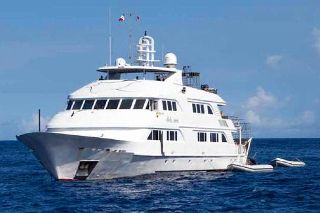 Mexico’s Revillagigedo marine park is set to become the biggest marine protected area in North America! The current protected area will be extended to include more than 57,000 square miles (147,630 square kilometres) of the Pacific Ocean. The announcement by Alejandro...

END_OF_DOCUMENT_TOKEN_TO_BE_REPLACED 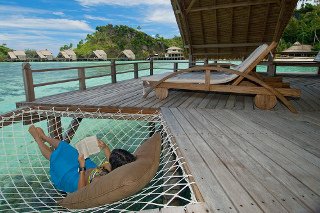 Misool Eco Resort Pledges US$50 per Guest to Conservation

Misool Eco Resort has committed to increase the funding for their marine conservation foundation, Misool Baseftin in 2017! They will donate US$50 per guest at their resort, and they are asking each guest to match their donation. What is the Misool Basefit Foundation?...

END_OF_DOCUMENT_TOKEN_TO_BE_REPLACED 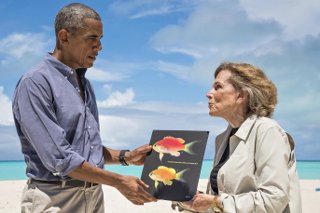 American President, Barak Obama, has been honoured by having a new species of fish named after him. The small pink and yellow coral fish has received the official scientific name, Tosanoides obama. This new species was discovered on a dive to 300 feet at Kure Atoll,...

END_OF_DOCUMENT_TOKEN_TO_BE_REPLACED 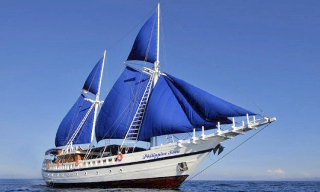 The Philippines has declared new Marine Protected Areas (MPAs) totaling over a million hectares (approximately 2,676,990 acres). The new MPAs include a staggering 1,013,340 hectares in Cagayancillo and an additional 80,000 of Aborlan in the province of Palawan. These...

END_OF_DOCUMENT_TOKEN_TO_BE_REPLACED 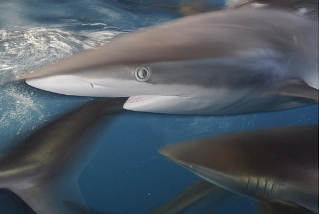 A Win For Sharks and Rays at Cites Conference

The triennial Convention on International Trade in Endangered Species of Wild Fauna and Flora (Cites) meeting wrapped up in Johannesburg, South Africa, last week. The 17th Conference was attended by delegates from most of the 182 member countries as well as a host of...

END_OF_DOCUMENT_TOKEN_TO_BE_REPLACED 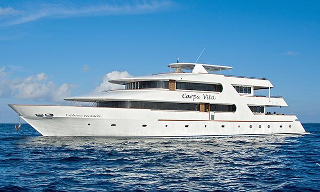 Most divers have a 'must see wish list' and if I was a gambler, I'd bet that diving with majestic manta rays would feature in the top 5 of every diver's list. Who wouldn't want to swim with gentle giants (that can reach an incredible 8 metres in length and up to 2,300...

END_OF_DOCUMENT_TOKEN_TO_BE_REPLACED 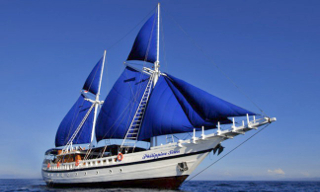 The SY Philippine Siren liveaboard is collaborating with LAMAVE for an exciting research project. You can be one of the 16 lucky divers to have the privilege to assist the LAMAVE researchers (Large Marine Vertebrates Project Philippines) during their beneficial work....

END_OF_DOCUMENT_TOKEN_TO_BE_REPLACED 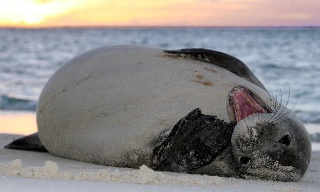 United States President, Barack Obama, has focused on his home state of Hawaii as part of the celebrations for the 100th anniversary of the National Park Service. The White House announced the monumental decision to increase the size of the Papahānaumokuākea Marine...