Your Guide to Diving in Mataking

One of the best things about Mataking is that there is only one dive resort in the area and therefore your boat is the only one on any of the sites. So no crowds of divers or multitudes of bubbles.

Instead you can investigate the floor and coral for wonders such as the blue-ringed octopus, flamboyant cuttlefish, frogfish, pygmy seahorses and many other small-scale delights. Nudibranchs abound with all the colours of the rainbow along the walls and the delightful Mataking House Reef. 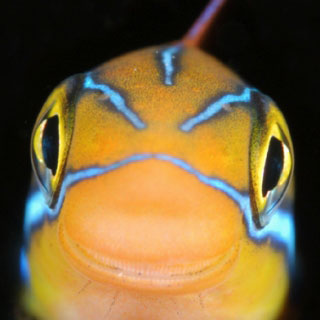 Returning to the resort to dry off and have refreshments, the ease of scuba diving at Mataking is in keeping with the comfort of the resort and if you want hassle-free dives in a macro-paradise this is the place for you.

You won't find any big pelagics here but instead an assortment of macro wonders that some rate as better than Mabul. There are 10 sites in and around Mataking itself and up to 23 other sites in the surrounding islands. The furthest site is only 25 minutes from the dive centre by speedboat across calm seas where you may spot a school or two of dolphins. The mighty whale shark as also been known to pass by in front of the resort.

The Garden of Eden is a dive site typical of Mataking, your companions on the boat are going to be the only divers at this site so if you are a photographer or even a slow swimmer you can have plenty of time to spend checking out the sights. Leaffish, ribbon eels and frogfish are included in the line up with also plenty of reef fish encountered, having their parasites removed by cleaner wrasses.

The dive sites of Sipadan and Mabul may be a daytrip away but, because of the richness and convenience of some great nearby diving, many guests simply opt to dive the Mataking sites locally.

This site is located on one of the many nearby islands and, as with all sites here, your boat will be the only one around. This dive normally begins with a nice relaxed descent to about 17 metres where, before you know it, your Mataking diving guide will be tapping his tank to call you over to a red gorgonian where after a short time of peering intently you will find the object of his excitement - 1 or maybe 2 delightful pygmy sea-horses; small pink and knobbly but incredibly cute. Then you will move on with the sloping wall on your left shoulder cruising over nudibranchs, countless anemones hosting a variety of different species of anemonefish, healthy colourful clams and untold types of hard and soft coral.

Apart from the holy grail that is the spotting of pygmy seahorses, there is unlikely to be much other heart-stopping action here but the colour and vibrancy around which you slowly cruise is enough to send scuba divers spirits soaring and anyone with a camera will find that this site offers the chance to snap away merrily at the splendour of Bohayan's Reef.

This site is located near to the shores of Mataking Kecil, the smaller of the 2 Mataking islands, and is reached after only a few minutes by speedboat. You will roll into about 5 to 10 metres depth at the top of the wall. The dynamite fishing of the past has left this shallow section largely a scattered mass of dead corals but sink a few metres over the edge of the wall and the picture soon changes.
Show more

Hard and soft corals in pinks and oranges abound and the seascape is peppered with whips reaching out into the blue. There are gorgonians almost everywhere at various stages of growth from the very young small ones to huge, broad fans playing home to several splayed featherstars profiting from the large flat surface at their backs.

Here and there you will find sandy patches worth checking out for the abundant nudibranchs and divers should particularly be on the look-out for holes buried in the sand from which can pop the inquisitive faces of jawfish, often several in the same small area. All the while the sea is full of the usual suspects of the reef with parrotfish, red-toothed triggers, moorish idols, schools of bannerfish and butterflyfish to name but a few.

Perhaps the highlight of this site can be found by paying attention to the patches of leathery sponges which provide the perfect resting spot for frogfish and you may be lucky enough to spot a huge, black giant frogfish lurking here, patiently awaiting its next meal.

"Would you Adam and Eve it, guv?" Another dive site called Garden of Eden! So it may not be originally named, but still Mataking's Garden of Eden is still a site well worth visiting at least once during your stay.
Show more

Rolling into the clear water, you will start by dropping down to the sea bed at around 20 to 25 metres where the floor is carpeted with orange and brown soft corals wafting lazily in the mild current. Sea-pens and rocks hosting sea-squirts and anemones also dot the floor. After a few minutes of the dive around here you will begin the slow and relaxed incline up the gentle slope.

The healthy reef scene plays host to any number of interesting sights and you should keep a look out for the great variety of nudibranchs, goby and shrimp partnerships, blue-spotted rays and moray eels. Photographers will love the colours on display as rocks and bommies are crowned with yellow, green and black featherstars, while lurking on the floor are likely to be snapper's favourites such as leaf fish and blue ribbon eels.

All the while you will be surrounded by myriad reef inhabitants such as surgeonfish, moorish idols and angelfish, many being tended to by the fastidious little cleaner wrasses that have opened up shop in the Garden of Eden.

A 15 to 20 minute boat ride from Mataking takes you into the newly protected Semporna Islands Marine Park. Here there exists a special little spot which will delight all on your dive boat.
Show more

You will roll in to shallow warm waters of a depth of around 8 metres and no sooner will you have submerged that the entertainment can begin. At 8 to 10 metres there is a rocky area which is home to more mandarinfish than you can believe. At almost every opening you can see the fluttering movements of these multi-coloured beauties. For photographers, encountering such a wealth of subjects is truly a special moment. Be careful of the numerous urchins around which the mandarinfish lurk! A carelessly placed hand or knee and you will certainly feel a bit of a prick.

During the entire dive you are unlikely to move more than a few fin kicks in any direction but boredom is not an option as, in addition to the mandarinfish, there are plenty of other sights in the immediate area. Mantis shrimp, tiny pyjama cardinalfish, juvenile sweetlips and banded pipefish are all lurking here and there. Add to this the presence of several different species of nudibranchs and you can see how this is a spot that often sees "Insufficient memory" appear on underwater cameras as there are simply too many subjects to photograph them all.

You could be forgiven for thinking the words 'House Reef' don't really mean a proper site, just somewhere you can go to get wet if you wish. That is sometimes the case, but not when you're diving in Mataking.
Show more

When you dive the house reef here you stroll in off the golden beach in front of the scuba centre and follow a line down to about 25 metres. Then you will turn left and fin slowly over patches of extraordinary activity, both in naturally-occurring habitats and in and around the reef balls upon which the resort has planted a multitude of corals.

You should keep your eyes peeled here for sights such as nudibranchs, squat lobsters nestled in the outer ridges of barrel sponges, stonefish and cuttlefish. Incredibly, just a few fin kicks from the restaurant, you can spot the delightful but deadly blue-ringed octopus!

After a short while you will come to the jetty itself under which there is more life than you can imagine - schools of trevally, trumpetfish, batfish and large groupers all compete for space and for your attention. More than just an add-on site, the House Reef at Mataking really is an incredibly convenient and rewarding spot. Often the Check Out dive site, many guests return here at least once during their stay to see again the awesome parade of local marine life.


How to Dive Mataking Island

No other resorts run trips to these sites. That means the sites are all mercifully free of the large groups of divers you can sometimes see around Sipadan's more popular sites. The Reef Dive Resort is the only one on Mataking and offers comfort and luxury, convenient access to lots of great macro sites as well as regular daytrips to Sipadan. 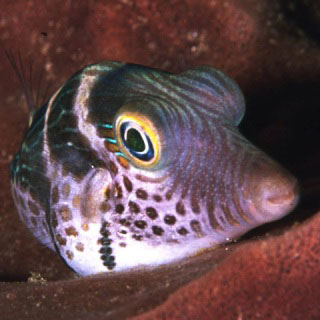 The best conditions here tend to be between the months of February and November, with August being the peak season. The resort tends to be less busy in both February and July yet the diving conditions are normally excellent in Mataking at these times.

Your best chance to witness turtles coming ashore and laying their eggs is during the May to August period. Other reef life, macro critters and the underwater post office (where you can post letters to friends!) are pretty much year-round attractions.

Visibility is normally above 20m and is especially good between April and June sometimes up to 40m. Water temperatures range between 25 and 29°C, with the rainy season being the cooler period. Surface conditions are reasonably constant and generally calm all year round.

... We got from you good service and quite fast response. Also you provided other things and clear way of handle the trip ... -- Lars Ojansuu, Finland.  [More customer reviews]