Payzip - How Dive The World and Others Lost a Fortune

If you are thinking of doing business with Michael Jenselius or Frank Baganz you might want to read this article, about the company they used to run, Asiadebit ...

A fuller version of the story is below. But to summarise, as a result of doing business with Asiadebit Pte Ltd, Dive The World lost a lot of money. So, it seems, did many others. Here are details we believe to represent just a few of the victims and the approximate sums of money that "disappeared":

Got Matrix LLC US$ 13,000 "I have been unable to reach anyone regarding this case or my account. Not a single email answered since the first month they shut down."

DSS liquidators: US$ 100,000 + "We had an enterprise account which meant that we were supposed to have a direct relationship with the bank. Therefore we should not have been included in this whole matter and yet we still are. How far are you from Michael's office. It seems that no one is able to get in touch with this guy. Perhaps paying him a visit may be worth while? Unfortunately we had 100k+ with payzip."

The above small sample comes to a minimum of US$ 479,000, that we know of. We can only speculate on how much in total was lost before the company and all of its representatives became incommunicado ... or where the money ever ended up ...

Where are they now? 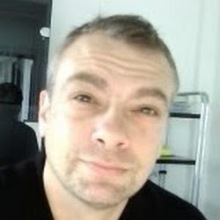 Michael Jenselius
He lives in Chiang Mai, Thailand. Michael Jenselius is a Swedish national and 'Chili-in-Chief' at media company Creative Chili in Chiang Mai, Thailand. 'Media professional and internet ninja since 1993'. He may also be doing part time work as a freelance writer for IDG Sweden - they are a Swedish online computer magazine - http://www.idg.se/. This is his email address (which we got when he contacted us to complain about this page) is: michael@creativechili.com.

We were looking for a convenient option to allow our customers to pay online with their credit cards. We used their system for a little over a year accepting customer payments through Payzip and complying with their terms and conditions. The system seemed to be working reasonably well.

On 15 February 2006 we received a notification claiming that that the banks used by Payzip (whose details we have never been provided) were freezing all the funds in order to satisfy the fines that Mastercard were going to impose for breaching their regulations. They said "We have no other choice but to cease operations effective immediately." And further "If we get any funds released, we will of course disperse it back to you. The chances for that to happen at this point look pretty grim though."

So Dive The World, along with untold numbers of other businesses, were using their system moving money in and out, leaving the contractually required rolling reserve plus working balances in our accounts, when suddenly we are told that all the money is now gone. Without any warning, all of this money, our money, is now beyond our reach!

We were in contact as much as possible with representatives of Payzip in Phuket in the immediate aftermath of this notification and were given assurances that Asiadebit was doing all it could to return our funds to us.

After a meeting we had in early March 2006 with Asiadebit in Phuket, they assured us the following payments would be made:

On 24th March 2006 Michael Jenselius spoke to us on the telephone and represented that the money was being unfrozen in stages and that we could expect payments in stages with 15th April being a realistic time to expect up to US$ 30,000. He also agreed to keep us informed of progress on at least a weekly basis.

On 11 April a 'customer update notice' was received which stated: "We don't give up on our intention to find a way to return all the outstanding funds to you. The major problem is timing. We are aware that it is essential for you to receive a payment date. Unfortunately, we are not able to provide that at this time because it is out of our control. The key point is, we hope you will understand it is very important for us to find a way to raise the outstanding funds to you no matter how long it may take."

They even threatened suppliers (i.e. those using Payzip as their payment provider) against chargebacks "We expect to receive more chargebacks in the next month and that will reduce our payout abilities even more. If any suppliers initiate chargebacks for transactions they actually received the funds for and the consumers received their product or service, we will seek legal action against those suppliers."

Asiadebit were threatening legal action against the very suppliers who were suffering huge financial losses because of Asiadebit!!

While Dive The World continued to be patient to try to get 'frozen' funds released, other companies had instructed lawyers to take action against Asiadebit Pte Ltd. In response to this their notice included the following warning: "in the case of liquidation things are taken out of our hand and you will have to accept to receive a very small portion of your outstanding, less than 8%."

Asiadebit kept asking for patience and for suppliers to trust their bona fides and efforts to stay in business. We even heard talk of an American investor (L. Burke) who was going to recapitalise their business and allow them to restart trading and repaying suppliers who were owed money. Around this time the only contact anyone seems to have had, was when Michel Jenselius posted on the Payzip forum - a platform supposedly to maintain communication between Jenselius and the suppliers.

Obviously this soon became filled with posts from desperate business owners who had suffered large, possibly crippling losses through their involvement with Asiadebit. These all strangely disappeared one day. According to Jenselius "Someone managed to hack into our forum and delete all posts and we did not have a backup since its on a free hosting service." On that forum (which is no longer online) and elsewhere he had been making noises about a creditors' voluntary liquidation and maintaining that they would do the right thing and pay back suppliers to the best of their ability.

An email from Jenselius to us dated 17 Jan 2007, full of the usual tone of requesting patience and trust, ended with the words "I will however keep you informed of any updates from our lawyer which I expect this week."

Shortly after this, all contact with Michael Jenselius, or anyone else from Asiadebit Pte Ltd ceased. Their Singapore lawyers did not respond to any communications. All calls to Asiadebits' Thailand phone numbers we redirected to Singapore, where they went unanswered. It seems that no-one could get any response from any of them. They went underground. We couldn't even manage to serve court papers on the directors since they had fled Phuket.

Some have speculated that this was all a professional scam where the system was set up purely to allow access to large sums of money from trusting business partners. They believe that when there were sufficient sums in the system, presumably millions of dollars, the accounts were emptied and so began a long process of claiming Mastercard involvement followed by a series of delaying tactics and finally silence.

Dive The World cannot state that Michael Jenselius and Frank Baganz are professional criminals and con-men. However we, along with many others did business with them to our serious financial detriment.

The most charitable thing we can say is that it appears that Michael Jenselius and Frank Baganz were guilty of misrepresentation, failed to meet their legal obligations as directors and that we believe they are, or ought to be, personally liable for the debt owed to us (and countless others).

If either Frank Baganz or Michael Jenselius have any problem with anything above please feel free to contact us. Kindly return our US$ 60,000 to our bank account and then we will be available to take your call.