The Australian state of Queensland used to have a tourism promotion jingle of "beautiful one day, perfect the next" and that exactly sums up this magical part of the world. Queensland is famous for its renowned diving on the Great Barrier Reef at places like Cairns and The Whitsundays, but it is the attractions throughout the whole state that make it such a unique holiday destination.

Starting from the southern border with New South Wales, the famous Gold Coast weaves an unbroken chain of golden sand beaches, pristine waters and rolling surf swells that has attracted holiday makers for generations. The region is Australia's number one beach holiday destination and while the beaches are the jewel in the crown, visitors will find world class entertainment theme parks, activities and attractions for all ages and numerous world class gold courses. The Gold Coast holiday accommodation scene caters to all tastes and budgets in a wide range of resorts and apartments. 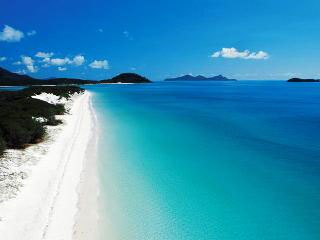 One hour to the north lies Brisbane, the capital city. This is a sprawling, hilly metropolis that sits astride the Brisbane River and serves as the entry point for most visitors to Queensland. At one time Brisbane covered the largest metropolitan area of any city in the southern hemisphere. The city enjoys a great Mediterranean type climate with a sidewalk cafe lifestyle. The state train and bus networks all lead to the Brisbane Transit Centre and the city has 2 separate airports serving both domestic and international travellers.

To the north of Brisbane lies the Sunshine Coast, another magnificent beach holiday destination, with a string of surf beaches that extend along the coast to the southern tip of the world heritage listed Fraser Island, the unique sand island that is heaven for campers and 4WD enthusiasts. Nearby Hervey Bay is Australia's whale watching capital during the July to mid October season.

The major town of the central Queensland coast is Rockhampton, Australia's beef capital. This is a large rural town that services the surrounding farms and cattle stations and while not considered a holiday destination, it is the access point to offshore holiday destinations in the region such as Great Keppel Island and Heron Island. To the south lies the industrial town of Gladstone, Queensland's major export centre.

The major towns of North Queensland are Mackay and Townsville, but when it comes to holidays, it is the Great Barrier Reef that dominates this part of the state. A short drive from the little sugar cane town of Proserpine takes visitors to Abel Point and Airlie Beach, the berth for all vessels that explore the magical islands of The Whitsundays. Cruises, charters, bare boat sailing, snorkeling, scuba diving, glass bottomed boats ... it's all here. Airlie Beach is one of Australia's most popular backpacker holiday destinations. The Whitsundays are the site of some of Australia's luxury Great Barrier Reef island resorts such as Hamilton Island and Hayman Island.

Then it's onwards to the Tropical Far North that is centered around Cairns. This is the hub city of the far north with an international airport, and a network of road and rail that radiates out in all directions. Cairns is Australia's premier diving centre with numerous operators servicing both inner and outer barrier reef sites. Cairns is another popular centre for backpackers, attracted by the laid back lifestyle, balmy climate and lots of fun and entertainment. There is a diverse range of activities in the Cairns area, ranging from white water rafting in the Tully River through to fishing for trophy marlin, riding the rainforest canopy in a cable car, travelling the Kuranda Scenic Railway or just relaxing on the serene northern beaches.

North of Cairns lies the ritzy enclave of Port Douglas, a favoured winter retreat for southern visitors able to afford the prices. Situated alongside a tranquil, palm fringed beach, Port Douglas has numerous luxury resorts and trendy eateries. 'Port' is the access point to the World Heritage listed Daintree Forest where "rainforest meets reef". This is a Mecca for 4WD adventure tours, eco tours and cruises on the Daintree River.

Queensland is a huge topic and this article has focused on the coastal regions from south to north.

Our thanks to Australian Travel Emporium for sharing their first hand knowledge of Australia and their introduction to some of Queensland's major holiday regions.

... I needed some help quickly to find a get-a-way for a weekend in an unfamiliar area. Dive The World helped me find a reasonably priced package and made it relatively simple (excluding transfer complications). I would use Dive The World again for my next trip; Pip did a great job communicating with me and making me feel comfortable that things would be taken care of ... -- Craig Weitz, USA.  [More customer reviews]