>Newsletters>September 2010>Charles Darwin in the Galapagos

So You Think You Know Charles Darwin?

Charles Darwin, a scientist of such historical importance and leading light in our understanding of the natural world, is a man about whom much has been written. 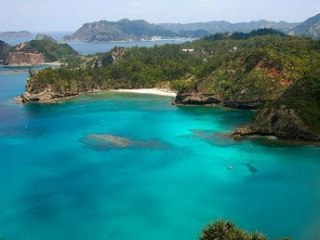 It is impossible to consider the wonders of Galapagos Islands scuba diving without making reference to the great man and his work. It is easy to mythologise Darwin as something of a legendary, larger-than-life figure.

However, while he may have had what has been described as "the best thought that was ever had", he was in many ways a normal fellow, with weaknesses and idiosyncrasies that make us all human.

As a member of the ‘Gourmet Club’ at Cambridge University, Darwin ate many creatures that would rarely appear on any standard menu. These include heron, hawk and owl. On board the Beagle he is known to have consumed puma, rhea, iguanas, dozens of Galapagos tortoises and armadillos. One wonders what he would think of his dietary habits nowadays …

The Phrase "Survival of the Fittest" was not coined by Darwin

Although this neat and catchy expression has fallen into popular use as a nutshell description of evolution by natural selection, it was invented by Herbert Spencer. He used it when writing his book Principles of Biology in 1864 after the publication of On the Origin of Species. Darwin adopted the phrase in later editions of his great work crediting Spencer as its inventor.

Darwin's long period of ill health may have been Chagas disease

Darwin suffered poor health after the voyage of the Beagle, although details of his condition are hard to find. Retrospective diagnosis suggests that he had contracted Chagas disease from a bug bite in South America and was never correctly diagnosed. The chronic stage of the disease affects the nervous system, digestive system and heart.

Darwin recorded an episode involving the ‘Great black bug of the Pampas’ in March 1835. Shortly after his return in 1837 he began to report strange symptoms and became incapacitated for much of the rest of his life. Westminster Abbey refused permission to test Darwin’s remains for the disease.

In 1825 Darwin worked as an apprentice doctor before going on to study in Edinburgh University where, he is said to have been bored by lectures and positively appalled at witnessing blood spattering surgery.

Upon his family's urging, the young Charles seemed destined for the quiet life of a rural clergyman. Having eschewed his medical studies, his father sent him to Christ College Cambridge, a first step to becoming an Anglican parson. Although he successfully completed his degree, his increasing interest in natural history led Cambridge’s botany professor John Stevens Henslow to propose him as a suitable candidate for the voyage on The Beagle.

As Darwin himself recorded, Robert Fitzroy, the captain of the Beagle "was convinced that he could judge a man's character by the outline of his features; and he doubted whether anyone with my nose could possess sufficient energy and determination for the voyage. But I think he was afterwards well-satisfied that my nose had spoken falsely."

The Beagle stopped at Galapagos primarily to eat the animals 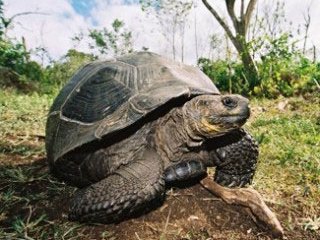 The Galapagos Islands, given their location and the distance covered prior to arriving there, were considered by sea-farers as an ideal place to replenish food supplies. Darwin even has a Galapagos Island named after him: Darwin. Tortoises were particularly prized and some 50 individuals were taken onboard the Beagle to provide fresh meat for the onward journey.

Then, as now, the animals on the Galapagos, lacking natural predation, are remarkably tame. Fearless approaches toward humans are common among tortoises, iguanas, lizards, penguins, seals and sea lions. It is ironic to think that the expedition that did so much to make the Galapagos Islands scuba diving's mecca, should have treated it as a naval supermarket.

Darwin was by no means a natural sea-farer. His journal entries lamenting interminable days of agony at sea are excruciating. He therefore spent as much time on terra firma as was possible. Perhaps his being such a land-lubber was instrumental in him collecting such a vast and important array of specimens.

Darwin, received an apology from the Church of England 126 years after his death

Darwin’s youthful faith eroded over time as his travels exposed him to the horrors of slavery, poverty and human suffering on a scale he could never have imagined had he remained a country gent in England. His scientific conclusions also led him far from the established doctrines of the Church.

Upon publication, the Church was vociferous in its attacks upon him and his theories. Indeed Darwin’s work was much delayed since he feared the response of the pious, which included his own wife. In what is a rather self-serving apology there is at least 1 line of seemingly genuine contrition from the Church of England: "Charles Darwin: 200 years from your birth, the Church of England owes you an apology for misunderstanding you and, by getting our first reaction wrong, encouraging others to misunderstand you still"

Darwin's theory has now been completely vindicated and accepted as fact by all but the most history-averse religious groups. Even the current Pope and Bishop of Westminster accept Darwin's theory of evolution.