An Introduction to the Islands

The park was formally established at Bunaken in 1991 and was among the first of Indonesia's growing system of marine parks. The park measures in at just under 80,000 hectares of land (3%) and sea (97%), located in Manado in the province of North Sulawesi, Indonesia. It comprises the 5 islands of Bunaken, Manado Tua, Siladen, Montehage and Nain. It is part of the Indo-Pacific region which supports the highest marine biodiversity on earth.

What makes the park so special? 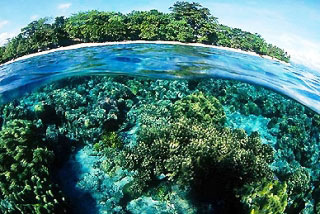 The park was established because of the marine bio-diversity it supports, because it is on a migratory route for protected animals and because it is of high economic value for fisheries and tourism. There are over 20,000 residents in the area who depend on the natural resources of the park. The fear was that if the area was uncontrolled then over-fishing, destructive fishing practices and unchecked pollution would ruin the marine habitat which would be to the detriment of everyone concerned.

In addition to its huge biodiversity Bunaken is also a place where rare and endangered animals can be found such as coelacanths, dugongs, whales and turtles, as well as dolphins.

The park has a unique bathymetry, which is an attraction to tourists scuba diving at Bunaken Island. The absence of a continental shelf in the northern part of North Sulawesi allows the coastal area to drop directly down to the sea floor.

In 1994 a management plan was created to put the structures and systems in place to achieve the objectives for which the park was created, including 4 main branches:

Heavy fines and potentially long jail sentences await those who breach the most stringent rules governing activities in Bunaken. For example in parts of the Nature Conservation Zones activities such as fishing or tree cutting can be punishable by a maximum jail term of 10 years and a fine of up to 2 million rupiah.

Human activity still needs to carry on however and this is recognised by allowing Support Zones where economic activities may take place such as traditional fishing, restricted mangrove harvesting and seaweed culture under license. Similar zones on land allow for housing, community development, and efficient agricultural practices with controlled use of pesticides and herbicides and commercial fertilizers.

Pressure on the coral reefs

In 1996 28% of people living in the park were full time fishermen. There are also thousands more who fish part-time and between them it is estimated that they caught 5,616 tonnes of reef and pelagic fish in that year. Reef fish such as groupers, snappers, rabbitfish and sweetlips made up 57% of the total weight of this catch. Activities that put the most pressure on the reef in addition to traditional fishing are gleaning (collecting reef-flat animals by prying and overturning corals on the reef flat at low tide), coral mining, and occasional illegal bomb and cyanide fishing.

This all meant that the fisheries in Bunaken National Park were already functioning at their maximum and any increase in takes may cause severe eco-system degradation.

What can and is being done?

Educational programmes are underway to inform the local Manado population of steps they can take to preserve their livelihoods and environment yet still sustain themselves. There are some simple rules that can be followed which will allow for preservation of the Bunaken habitat for future generations: 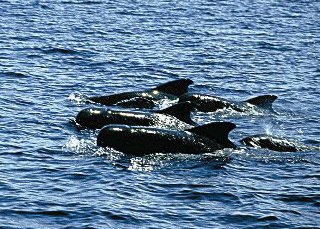 How do visiting divers help?

As a scuba diver visiting the sites of Manado, you are clearly bringing money into the local economy in terms of your spending on food, transport, accommodation and shopping needs. Provided you are an ecologically aware diver your presence will not impact upon Bunaken's marine park in any negative way. In fact your presence is one of the reasons Bunaken Island is being protected and all divers must also pay an entrance fee for the park which further adds to the positive impact visitors make. In fact the diving industry provides alternative employment opportunities for local people, many of whom would otherwise be fisherman.

All proceeds from sales of the entrance tags and tickets are managed by the Bunaken National Park Management Advisory Board. The BNPMAB will utilise these funds to finance a number of high priority conservation programmes in the park. These programmes include patrols and enforcement to abolish destructive fishing practices such as blast and cyanide fishing, village improvement programs within the park, collection and disposal of plastic and other wastes entering the park's waters, marine conservation education of both village children and adults, and reef and mangrove rehabilitation. Conservation of Bunaken's spectacular marine habitats requires funding, and your entrance fee is a valuable contribution to saving these incredible but fragile reefs.

... We thoroughly enjoyed booking our vacation through Dive The World. All communication was quick, clear and helpful. Beef [Dive The World] was particularly helpful with arranging all the details and even helping us to change our dates when we had something come up that forced us to change our dive dates. Definitely made my experience a relaxing and easy one! ... -- Tiffany Campbell, USA.  [More customer reviews]