Conservation for the Future

Australia's Great Barrier Reef is the largest reef system in the world and as such it is included in CNN's Seven Wonders of the Natural World. It is an eco-system like no other and this was recognised in 1975 by the creation of a marine park and in 1981 by being added to the World Heritage List. It has come under increasing pressure from climatic and human-induced conditions leading to the Great Barrier Reef Marine Park Act (GBRMPA) which provides the framework for managing the reef as a large ecosystem. 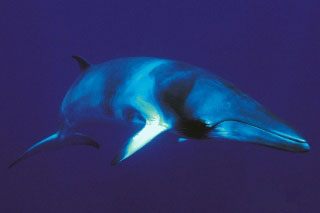 The reef stretches about 2,000 km (1,400 miles) along the northeast coast of Australia. It is 240 km (150) miles at its widest and incorporates some 900 islands. The park includes much of the barrier reef and begins at the tip of Cape York in Queensland and extends south past the Tropic of Capricorn, almost to Bundaberg. The area is larger than Victoria and Tasmania combined. It includes all of the Ribbon Reefs dive sites and all of the Cairns Barrier Reef. Oceanic reefs such as Osprey, Holmes and Bougainville are beyond the boundaries of the marine park.

The park is one of the richest and most complex ecosystems in the world. Marine life on the reef is diverse with approximately 1,500 species of fish and 360 species of hard coral. It is also home to one third of the world's soft coral species, 6 of the world's 7 species of marine turtle and a significant dugong population.

Australia's Great Barrier Reef Marine Park provides for multiple use and ecologically sustainable development with an overriding conservation objective. The Great Barrier Reef World Heritage Area (incorporating the marine park) is famous for its 2,900 coral reefs. However, the area also has an incredible variety of other habitats including sandy cays, continental islands, algal and sponge gardens, mangrove estuaries, sea-grass beds, sandy or muddy bottom communities, and deep ocean troughs. These habitats and their interconnectedness make it one of the richest and most complex natural systems on earth.

Amazingly though, the Great Barrier Reef is less than 10,000 years old. At the end of the last ice age, sea levels rose drarmatically, causing the coastline to continually recede inland at over 100m per year. When the sea level finally settled, coral polyp larvae migrated in on oceanic currents, and the reef began to take shape. Aboriginal legend still tells of this event in songs past down from generation to generation.

The Goal of the GBRMPA

To provide for the long-term protection, ecologically sustainable use, understanding and enjoyment of the reef through the care and development of the Great Barrier Reef Marine Park.

A message from the Chairman of the Marine Park Authority read: "In the 3 decades since the Great Barrier Reef Marine Park was created there have been many changes. The number of visitors to the region has steadily escalated, as has the number of people living and working along the coastal region. We have seen waves of crown-of-thorns starfish outbreaks, highly destructive cyclones and probably the most concerning, a rise in the frequency and extent of coral bleaching caused by increasing peak summer temperatures.

The Authority aims to achieve its goals through a number of vitally important relationships. Most important is the link to public communities through our local marine advisory committees, Reef Guardian programs and publications." 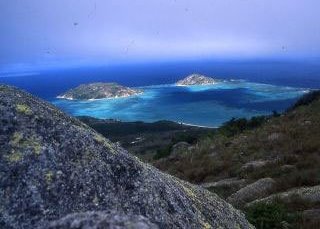 Zoning plans balance human use with conservation. There are strict guidelines on activities within the park area, with various designated zones including scientific research zones, habitat protection zones, and marine national park zones.

This Australian national marine park zone is a 'no-take' area and extractive activities like fishing or collecting are not allowed without written permission. Anyone can enter the zone and participate in activities on the Great Barrier Reef such as boating, swimming, snorkeling and sailing. Line fishing, spear fishing and trolling (long lining) are only allowed in specified areas. Trawling is prohibited throughout the park.

Best environmental practices of relevance to Australian liveaboards include:

When boating and yachting
- Stay alert and leave space for marine animals such as dugong, turtles and whales;
- Go slowly near islands and cays and be aware of boating restrictions;
- Use care when approaching shorelines, beaches and reef edges;
- Take all rubbish and food home with you, never throw it overboard.

When anchoring or mooring your vessel
- Where possible anchor in sand or mud, away from corals and other fragile communities;
- Carry enough chain and line for the depth you want to anchor in;
- Motor in the direction of the anchor when hauling it;
- Where available, always use moorings instead of anchoring;
- When using a public mooring, read and follow the advice given on the information disc attached to the pick-up line.

When diving or snorkeling
- Do not rest or stand on coral;
- Avoid touching anything with your fins and try not to stir up sediment or disturb coral;
- Observe animals, do not touch, handle, poke, prod or chase them;
- Do not disturb the environment as all creatures play an important role on the reef.

In 1994, The 25-Year Strategic Plan for the Great Barrier Reef World Heritage Area was produced to outline strategies for managing and preserving the area. It provides the basis to ensure the area's wise use and protection for the future.

The plan gave everyone who has a stake in the reef's long-term future a say in how the area is to be managed over the next 25 years. This approach will ensure the reef remains in a healthy state and can be enjoyed by future generations.

From the beginning, emphasis was placed on the concerns and opinions of all stakeholders. These included governments, Aboriginal and Torres Strait Islander communities, conservationists, scientists, recreational users and established reef industries such as fishing, diving, shipping and tourism.

Overall, the plan was endorsed by almost 70 organisations representing all levels of government, recreational and commercial users, conservation and scientific groups and Aboriginal and Torres Strait Islander communities.

Through the strategic plan, one of the authority's basic beliefs comes to life: the Great Barrier Reef belongs to everyone and should be managed by everyone to ensure a healthy and vibrant reef for the future.

Overall Vision for the Plan 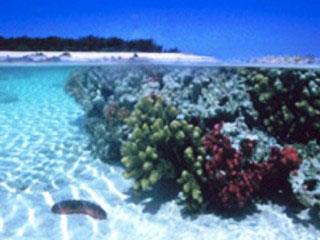 In the Great Barrier Reef World Heritage Area in 25 years there will be:

To realise this vision, the plan identifies 8 broad strategy areas:

Overall, the essence of the report is about "The Great Barrier Reef - Keeping it Great". Its aim is to guarantee that "...this unique region is passed on to the future as it should be - an outstanding part of Australia's heritage, cared for by Australians for the benefit of the whole world".

An official assessment in 2014, widely reported in the world's media, detailed pressure from climate change, run-off, coastal development and illegal fishing. Most affected are the southern inshore reefs. The northern and outer reefs, where we recommend diving, were reported to have good water quality and an ecosystem in good condition.

Since December 2015, the Great Barrier Reef has been exposed to high sea temperatures, cuased by climate change and El Niño. This has led to widespread coral bleaching and habitat loss on the reef.

In addition tropical cyclone 'Debbie' hit the coastline at Airlie Beach in March 2017, causing catastrophic damage to the area. Studies by the Great Barrier Reef Marine Park Authority have revealed that the relatively undamaged areas are critical for providing the next generation of corals and assisting with reef recovery.

Although most disturbances are natural processes that shape coral reefs over time, human impacts such as climate change are leading to more widespread and frequent damage that the reef is simply not evolved to deal with.

... Consistently responded to my various inquiries; very helpful service. I was surprised at how thorough the follow-through was, for instance, reminding me to send in the forms and checking with the operator to ensure they had been received. Price was well below competitive offers for the exact same boat ... -- Tila Duhaime, USA.  [More customer reviews]