Officially established in 2001, the Sugud Islands Marine Conservation Area (SIMCA) is situated in the South Sulu Sea, 80 km off the coast of Borneo, and 40 km from Turtle Island Park, covering 467 km² of open sea including 3 main atoll islands: Lankayan, Tegaipil and Billean. 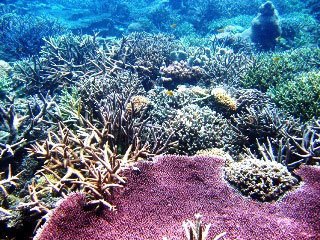 SIMCA is classified as a Category II World Conservation Union Area adhering to a strict "no-take" policy which excludes all types of resource extraction. SIMCA demonstrates how collaboration between government and the private sector can be successful. Private investors have invested in the eco-friendly Lankayan Island Dive Resort and plan to build a new resort on nearby Billean Island. They provide staff, facilities and equipment for SIMCA's Reef Guardians

. Correspondingly the Government has implemented laws to protect the region and provide marine police, who are permanently based on the island to enforce the ban on destructive fishing techniques.


The Need for Marine Park Status in the SIMCA Region

The project monitors over 50 coral formations from 2 - 26m depth and vast seagrass beds constituting a favoured turtle feeding ground. As a result, the project benefits every kind of marine species, from commercial groupers and snappers, common butterfly fish and fusiliers to the large predators like tuna and sharks. There have even been diver sightings of whale sharks at Lankayan during coral spawning events.

The relatively shallow coral reefs make the marine life vulnerable to destructive fishing practices. Previously this fragile coral system had been over-fished using explosives which has left several large patches of dead coral, and cyanide fishing which indiscriminately kills every species it reaches. Although support for the project was obtained from the only local fishing family on Lankayan Island before the creation of SIMCA, the bio-diversity continues to attract illegal fishermen from Sandakan and Pulau Banggi in Sabah. As recently as November 2009, illegal fishermen were apprehended with a large catch of stingrays, sharks and turtles caught in a 7 km bottom gill net.

The 3 islands are historic nesting places for the endangered Green (Eretmochelys imbricata) and Hawksbill (Chelonia mydas) turtles. SIMCA serves a crucial role in protecting their eggs from poaching. Nightly beach patrols are undertaken, the eggs are removed and taken to the hatchery where they are counted and incubated before the new hatchlings are released back onto the beach. 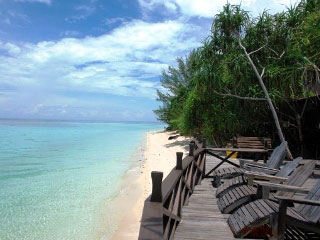 The Reef Guardians are not armed, instead they carry out a 'fisher interpretive programme' to educate the fishermen on the benefits of increased commercial species that result from adhering to the "no-take" zones. The number of illegal fishermen has steadily declined from an average of 3.7 vessels per patrol in 2004, to 0.9 in 2007; with repeat offenders declining from 15% in 2005 to 10% in 2007.

At least 80% of waste water on Lankayan Island is diverted from the resort chalets and restaurant, Reef Guardian and marine police buildings and processed through a hydroponics treatment system. The treated water provides fertilizer and irrigation for the island. Fresh water arrives via a weekly barge delivery and is filtered before being distributed. Rubbish is collected, separated and sent to the mainland. The staff are careful to ensure that no waste goes into the ocean.

Additionally, the Reef Guardians monitor Lankayan Island Resorts' occupancy to ensure the maximum allowed guests per night does not exceed 60, thus reducing the impact of the resort on the island's environment.

Reef Guardian organises annual participation in "International Clean-Up Day". It is acknowledged how important it is to educate the local youth in marine conservation and help them experience a connectivity to marine life so that saving the ocean heritage becomes important to them. Each year Reef Guardian's Marine Education Program hosts a Sabah school visit. The students have snorkelling lessons, play games that highlight conservation issues, are treated to interesting talks and watch diving videos on coral reefs and marine turtles.

Guests who snorkel and dive at Lankayan are strictly regulated to balance diver enjoyment and marine conservation. There are dedicated zones for snorkeling, and scuba diving is only possible when accompanied by a resort guide. The 1st dive is preceded by a briefing in which the guides firmly implement SIMCA's 'no touch' and 'no landing on coral' policy. Then everyone gets to do a jetty dive. In this way, divers are properly informed and able to check their buoyancy before exploring the reef system. Below the jetty lies an artificial reef created from seized fishing equipment and boats. It is comfortingly ironic that boats previously used to capture marine life, now shelter numerous juveniles and smaller sea creatures.

Boat traffic inside SIMCA's protected area is restricted with only 1 transfer available for guests leaving or arriving at the resort each day. Walking around the island is permitted only in times of good visibility to avoid accidental damage to the turtles' nests or young hatchlings.

How Does Eco-Tourism Help Marine Conservation?

The actions taken by the private sector and Sabah government helped to establish SIMCA. However, funding is imperative to meet the high running and maintenance costs for the conservation efforts to succeed. SIMCA's solution is to attract visitors in such a way as to reduce their impact on the protected area as much as possible, while still offering them a great Malaysian holiday experience of scuba diving in Sabah. All visitors to the region pay a conservation fee. Private ownership of the Reef Guardians ensures these funds go directly towards funding SIMCA's management and conservation programmes.

The Lankayan Island Dive Resort is an outstanding example of how eco-tourism can meet these dual aims. Indeed, SIMCA's project has been so successful that other marine protected areas send their staff here for training, to exchange data and experience. Built to respect nature, the wooden chalets are well integrated into the tiny island jungle alongside the Reef Guardian structures and facilities. 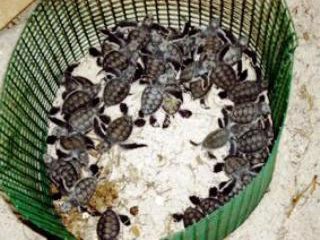 The new resort planned for Billean Island will be constructed on the water along the same eco-friendly lines as Lankayan Island Resort. Surveillance activities are already underway on the island. It will serve as a 2nd base for Reef Guardian and a new hatching site for turtles.

Since 2004 when the turtle project first began with 5,121 hatchlings, the nesting rate at Pulau Lankayan has increased every year with 20,403 hatchlings being released in 2006. Many of the babies don't reach adulthood, instead they attract reef sharks thus restoring balance in the food chain.

A stay at Lankayan Island Resort grants guests access to the uniquely intimate experience of watching sea turtles nest, assisting with the hatching and release of the baby turtles, and witnessing their miraculous race to the sea. Guests are also able to visit SIMCA's offices for video and photograph presentations that better elucidate the large amount of time and energy the Reef Guardians invest into protecting the marine life in the area.

The conservation efforts together with continuous reef monitoring and control of human activities offer guests rewarding Lankayan scuba diving and snorkelling opportunities on the easily accessible reefs along the Sabah coast line. The amount of life that exists today on these reefs is impressive considering that not too long ago they were exploited by many destructive fishing methods. In the morning it is possible to see baby sharks and at sunset the larger sharks swim in close to the beach as they wait for the newly hatched turtles. The return of whale sharks during coral spawning events is also an indicator of improving coral health.

SIMCA's hearts may be focussed on conserving marine life, but their feet are firmly planted on the ground, which translates into a great Sabah diving vacation for visiting guests which in turns ensures their mission of protecting the region will succeed for years to come. A win-win situation for all concerned.

... I very much appreciated that I was given a total price for the different options I picked as otherwise it would have been very difficult to compare all these offers ... -- Jennifer Aengst, Germany.  [More customer reviews]